Register for our webinar

How to Nail your next Technical Interview

Step 2
Congratulations!
You have registered for our webinar

Oops! Something went wrong while submitting the form.

Confirmed
You are scheduled with Interview Kickstart.
Redirecting...
Oops! Something went wrong while submitting the form. 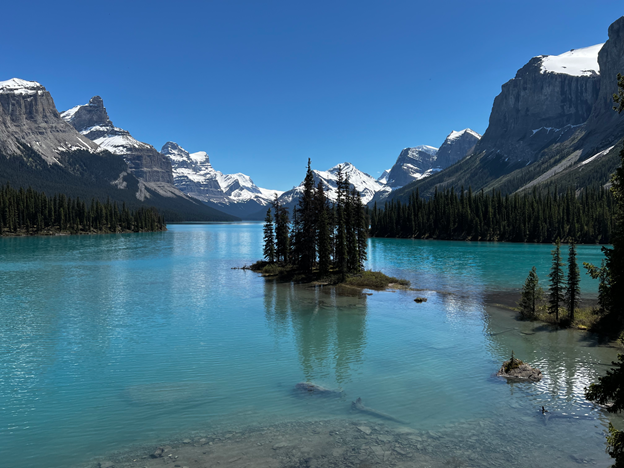 1. Gurudongmar lake, near Lachen North Sikkim, India is the Second highest lake in the world at 17,100 feet.

Isha Chakraborty, Senior Content Specialist at IK, visited the Gurudongmar lake during her North Sikkim tour. She also ticked off experiencing snow from her bucket list.

The excursion to Gurudongmar begins with a 4-5 hour drive through snow-clad peaks and mountains from Gangtok till one reaches Lachen, a small town in North Sikkim located at a height of 10,000 ft. Usually, a night halt at Lachen is recommended as it takes around 3-4 hours from Lachen to reach Gurudongmar Lake.

If you’re traveling on a budget, check out the Khan Al-Khalili Flea Market spread over several acres of land. It houses old world traditional crafts and culinary delights.

3.Kedarnath Temple: Well this is more of a trek than a leisure trip. Payal Kabra from the Research & Curriculum team, trekked 22kms to the Kedarnath temple, one of the toughest and longest ones that she’s done so far. It’s situated at an altitude of 11,773 ft.

The main trek starts from Gaurikund, Uttarakhand, the base camp of the Kedarnath trek. Payal started the trek at 3 am from Phata to reach Gaurikund. The weather throughout the trek kept changing from sunny to rainy and then in between there were hailstorms. Overcoming all these obstacles she finally reached the temple by 5 pm.

The park is best known for its talus caves (unlike limestone caves, these were formed when ancient volcanic mountains were broken because of earthquakes along a major fault that passes through the area, and massive falling boulders got lodged between the walls of narrow valleys), these are fully open only for a few weeks in the year to protect an endangered species of bat that lives in them.

The 3 had a lot of fun with lots of crawling, climbing and even getting wet with a creek flowing through the dark caves.

5. Pokhara, Nepal: Nakita Fernandes, Special Projects, CEO’s Office at IK, visited Pokhara in the summers this year. Pokhara is a city on Phewa Lake, in central Nepal. It’s known as a gateway to the Annapurna Circuit, a popular trail in the Himalayas. You can swim in the Fewa lake or go kayaking. Pokhara is also very famous for paragliding with the clouds. You’d be surprised by the number of pubs and restaurants in Pokhara. Many of these pubs have live gigs and live rock bands playing in the evening.

6. Nilnag Lake, Kashmir: Its name is derived from the phrase ‘green lake’. The water is green due to the reflection of the mountains covered with pine trees surrounding the lake.

The place is so serene and beautiful that many people from around the world have wished to be buried in the vicinity of the lake. One such person is Tyndal Biscoe who was responsible for bringing modern education in Kashmir and his wish was granted after his death.

The lake is one of the less known places and that is why it hasn’t been impacted by pollution that we humans create. Malik Insha Mushtaq, Associate Project Manager at IK, trekked around 3 hours from yusmarg hills to reach the Nilnag lake.

The Kolukkumalai Tea Estate is home to the highest tea plantations in the world. At 7,130 feet, the Kolukkumalai peak is one of the highest in the Western Ghats. Due to the rugged terrains of this hilltop village, it is only accessible by jeep from Suryanelli. Suryanelli has gorgeous sunset views.

8. Mashobra, a mini hill station near Shimla: Nestled in the lap of the Himalayas, at an altitude of 2246 m, Mashobra is a quaint little hill station located in Shimla, Himachal Pradesh, India. Tanvinder Singh, Devops Engineer at IK visited this hill station that is peppered with gurgling streams, captivating fruit orchards and lush oak forests. It makes for a splendid attraction for history buffs, spiritual travelers, and culture seekers too. You can book sessions of river rafting in the freshwater stream of Tattapani, drench yourself in the chilling, furiously gushing water of this river, popular as one of the best places for river rafting in India.

9. Dzukou Valley, Nagaland: Sanchari Sinha, Senior Content Strategist decided to show off some IK swag at the Dzukou valley on India’s Independence day. The Dzukou valley is an offbeat trek location in Nagaland set in the lap of nature, among pristine and jaw dropping landscapes. While trekking, you will find one or two sheltering places where you can rest your wobbly legs before you proceed again.

Want to Join Us at Interview Kickstart?

We've built this culture of empowerment with a lot of care and effort and plan to nurture it as we grow. Think you're a good fit for our culture at IK? We're hiring!